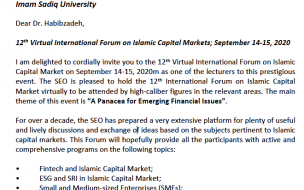 The 12th Virtual International Forum on Islamic Capital Market
Title: Bitcoin and Cryptos in the context of Iranian law and Islamic perspective.
15 Sep. 2020

In the name of Allah, the Most Merciful, the Most Compassionate.

Good evening to all respected participants.
Please, allow me to extend a warm welcome to you.
First of all, let me introduce myself, briefly. My name is “Taher Habibzadeh”. I am an assistant professor of law at the University of Imam Sadiq in Tehran, graduated from the University of Manchester, UK, with a PhD degree in IT law. My expertise area of research is ‘Information Technology Law’.
I want to make you a short legal presentation about Cryptos, especially Bitcoin under this emerging technical and legal title: Bitcoin and Cryptos in the context of Iranian law and Islamic perspective.
As you may guess, the main purpose of this presentation is to consider whether the deals and contracts of Bitcoin and other Cryptocurrencies, legally and Islamiclly, valid or not? This is the core question of my short lecture.
The fact is that it needs more time to provide technical and complex legal and Islamic discussions; but I endeavor to analyze the question in a simple language, due to the time constrain that we have.
Before I start delivering of my talk, I would like to draw your attention to an old and undeniable relationship between Iranian law and Islamic jurisprudence with a history of about one century.
In a short answer, Iranian law is based on Islamic Shia Teachings. This is a clear reality and at the same time a ‘must’ ! and has been reflected in the Principle 4 of the Iranian Constitutional Act, which states that:
All civil٫penal, financial, economic٫ administrative٫ cultural٫ military٫ political٫ and other laws and regulations must be based on Islamic criteria.
For this aim, the Guardian Council, which is a part of the Iranian legislative system, checks this consistency.
However, as there is no specific Act on the legal aspects of Cryptos in Iran, I try to reflect the viewpoints of general legal principles and rules, along with the Islamic principles and rules.
To address the key question I posed early, we need to have two rules in mind and understand them correctly; both of them have been driven from Islamic jurisprudence and reflected in the Iranian law:

The first one is: both Iranian law and Islamic jurisprudence advocate ‘Certainty’.
The second one is a Quranic rule, called ‘Rule of No Way.’

If we understand these two rules carefully and correctly, then we will reach the right destination.
Let me start with the first one, which states that: both Iranian law and Islamic jurisprudence advocate ‘Certainty’.
What does certainty mean?
Certainty in a legal meaning has a close meaning to its literary meaning; it is the opposite of unsureness, unreliability, changeability or being in doubt between two or more things.
For example, If you say: I buy X or Y for 100 dollars, law will say: ‘this contract is not valid; it is void’!
Why?
Law says: ‘the subject matter of a contract must be defined, clear and certain, otherwise the contract is not valid.’ You must chose one of X and Y; you cannot chose both with a doubt! This is a general rule.
For this purpose, in every legal transaction, detailed information is required to make every thing clear and remove any ambiguities. As a result, in every contract, every determining factor must be made clear and obvious.
However, sometimes everything seems certain at the time of making the contract, but there are still some concerns for the future, due to some ignorance as to some factors at the time of concluding the contract.
For example, when the seller and buyer of a thing do not know that they will gain profit or loss from that contract due to abnormal fluctuation in the market, law says: Stop! This type of concerns is called ‘Garar’, which in a legal and Islamic approach and is defined as: a kind of ‘abnormal ignorance’ that influences the expectations of contracting parties from that contract.
Anywhere there is a ‘Garar’, law does grant validity.
The principle of certainty and preventing the legal validity of any contract mixed by Garar, require stability in any financial and economic market. If there is not a normal stability, the validity of deals of that market is at least in doubt from a legal viewpoint.
Let’s apply this conclusion in the Market of Bitcoin. As you all know, there is not any recognized and responsible body of supervising prices and keeping the stability of this market! It follows from the demand and welcome of the people. Then, the fate of it is not certain. It may raise or fall dramatically.
As the following diagram shows, the price of bitcoin has experienced several fluctuations from April 2017 to April 2020. Three of them are high. At these points, the seller and buyer do not know that he wins or loses. This situation may be repeated in the future from now. Maybe tomorrow! Then, it puts the legal fate of the deals in doubt. 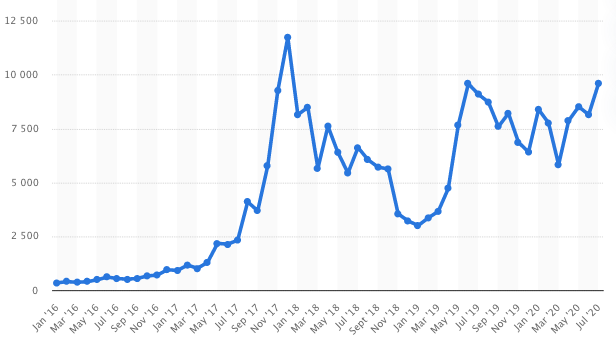 The second rule, which is the Quranic Rule of ‘No Way’, addresses deals and markets from a macro approach, contrary to the principle of certainty which focuses on the private relations, the relation between the contacting parties and the specific contract between them.
This rule tries to prevent believers from being dominated by non-believers in all areas, including finance and economy. It does not give any way to non-believers to have domination over believers. The origin of the rule is the Verse 141, Chapter Nesa (Women). It stats that:

In practice, growing the rate of Bitcoin deals and making payments by it in a Islamic country, like Iran, ‘may’ lead to the dominance of non-believers to financial sector of the country. The ‘No Way Rule’ prevents such occurrence.
Although we cannot absolutely insist that granting validity to Bitcoin transactions will definitely lead to the domination of non-muslims to the economy of the country, we cannot claim this doubtlessly, but we have to be cautious. It is best to be on the safe side. This is a rational rule.
Almost all Islamic shia jurists in Iran have issued verdicts (Fatwa) that such transactions must be avoided. These verdicts (Fatwa) stands on the ground that there are a number of ambiguities in transactions of Bitcoin.
The last point is, when we say that the transactions of bitcoin in not defensible from legal and Islamic perspectives, it does not mean that all cryptos follow from this conclusion. No; any cryptos like Bitcoin is under this law. Transactions of some other currencies, such as LBCOIN (the national digital currency of Lithuanian = a country in the Baltic region of Europe) are legally and Islamiclly valid, as their inventor, supervisor and pricing process are certain and are backed by certain central banks or states.

Thank you for you kind attention. 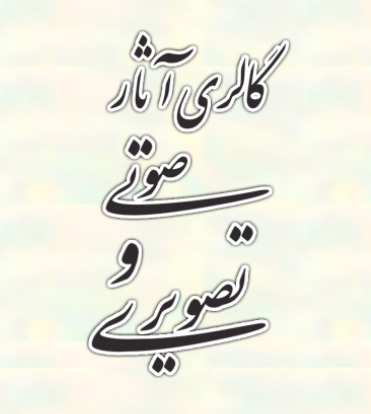 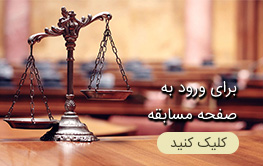 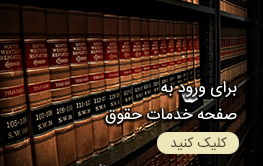 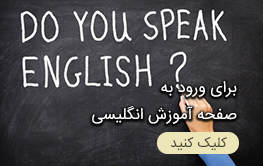 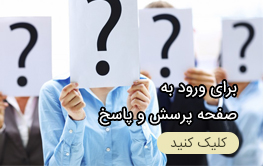